A dad struggles to feed and raise his boys on his own.

Joshua and Andrew have broken hearts.

Just two months ago, their mother left them without any notice. They came home from school one day and she was gone. They don’t know where she is or if she is ever coming back.

The family of four had relied on food stamps for their daily meals. But, the food stamps were in their mother’s name. Without her, they could not redeem the stamps. Their dad, Gerardo, did not know how he was going to feed his kids.

Joshua and Andrew eat free lunches at their elementary school every day, but do not have enough to eat on the weekends. This is where IRT stepped in to help. Soon after their mother left, Joshua and Andrew were enrolled in IRT’s weekend program which feeds homeless and needy school children in San Diego County.

San Diego is experiencing a record high number of homeless students - 23,800 kids. In addition, there are more than 164,000 food insecure children in the county. This means 1 in 5 children living in the city where IRT is based have little or no food at home, and do not know how they will get their next meal. (*San Diego Hunger Coalition. San Diego County Food Insecurity, 2015.)

Every week, dedicated volunteers stuff more than 60 backpacks full of food and deliver them to four elementary schools in some of the poorest neighborhoods in San Diego.

Joshua, age 9, and Andrew, age 11, receive a backpack full of food every week to feed their family.

Gerardo depends on this backpack to feed his sons.

He says, “I never thought I would be a single dad. It’s really hard. This food relieves a little bit of the stress. Now I can save a little extra money to buy other necessities for the boys.”

Gerardo is the strong, silent type. He doesn’t like to show emotion, especially in front of his boys. But, he can’t help tear up when talking about his new life without his wife.

Gerardo and his wife were having marital problems, but he never thought it would come to this. He is now overwhelmed with the responsibilities of single parenthood. Not only does he work full time as a construction worker, he is learning to juggle the tasks of raising two boys. He cooks, cleans, takes the boys to and from school, helps with homework, and does the laundry. The list of chores for a single parent is endless. But, Gerardo is all Joshua and Andrew have in this world.

He says, “I need to stay strong for them.”

Gerardo moved to the U.S. from Mexico City 12 years ago searching for work. His extended family still live in Mexico. He is alone here and has no one to help him with the burden of caring for two rambunctious boys. Except, once a week, a friendly neighbor makes dinner for them with the spaghetti from the backpack.

Gerardo, Andrew, and Joshua are a tight-knit family. They goof around and tease each other, like boys do, but have an obvious love and affection for one another.

Andrew is like his father - shy, thoughtful, and proud. Joshua is a live wire. He is silly and sweet and says he wants to be an Olympic athlete when he grows up.

Without their mother, the family of three have found a new way to spend time together – cooking! They cook every night to prepare their dinner, something they never did before when their mom was around. Andrew has found a new passion in cooking and wants to be a chef when he grows up. For Father’s Day this year, Andrew made cupcakes as they watched the Mexico World Cup game on TV.

The backpack comes with a variety of foods every week. Andrew loves the chicken soup and the tuna. Joshua loves the spaghetti and the soy milk.

They are just beginning to figure out how to survive as a family of three. Gerardo says the fact that someone cares, that someone is providing a little support, helps to ease the pain.

Although his words are soft, the emotion in his eyes speaks much louder. 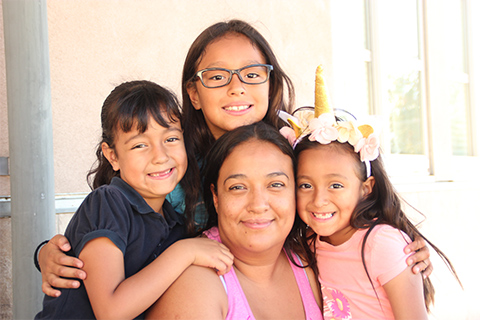 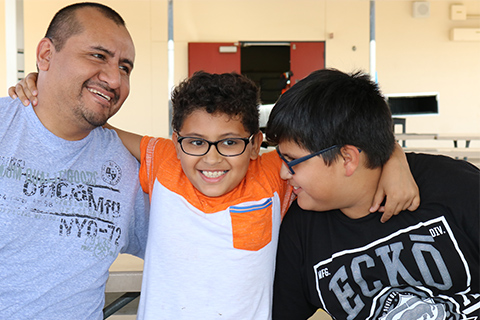 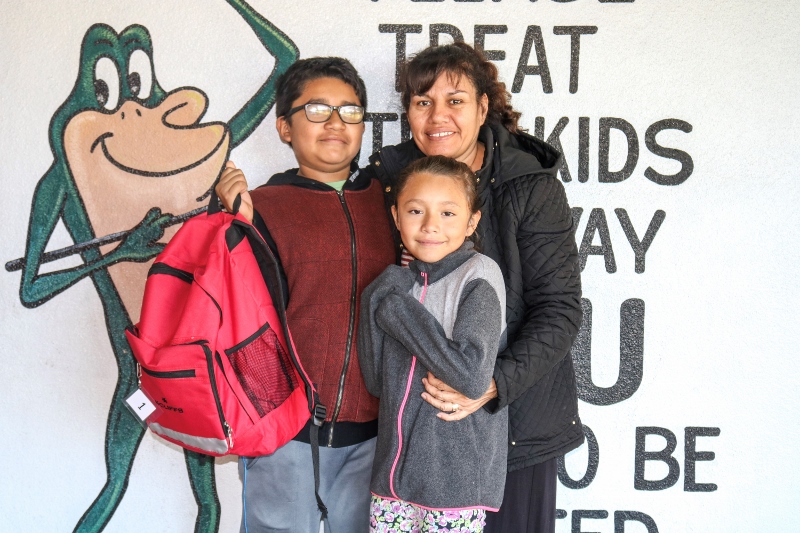 Giving a Helping Hand to a Struggling Family. 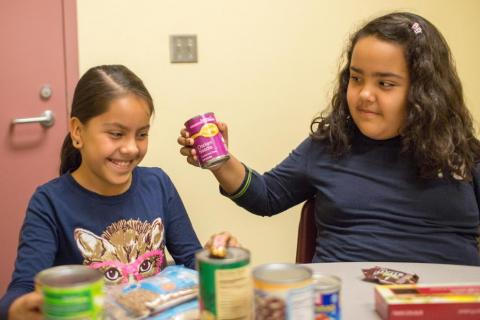 “Having milk is a luxury”: A single mom’s struggle to feed her kids
< Back to all blog posts