A little girl’s wish to ease her mother’s pain

Fernanda is only four years old, but already understands what it’s like to live in pain. Her whole life she has watched her mother, Diana suffer from a mysterious chronic pain in her ear. Ever since Diana was Fernanda’s age, she has experienced severe pain in her ear coupled with hearing loss.  Despite visiting many doctors over the years, she has never found a solution. Then one day in June 2016 Fernanda, her mother and her grandmother set out on a journey in search of a cure. They traveled nine hours, taking three buses from her small town in northern Honduras to seek out International Relief Teams’ (IRT) volunteer doctors and nurses – hoping they could help her.

Every year, IRT conducts a one-week ear, nose, and throat (ENT) surgery clinic in the small, impoverished town of Sula, Honduras. In Sula, most families work as subsistence farmers and they lack access to clean water, sewage, healthcare, or medicine. On the first day of this year’s clinic, the eight-person team evaluated over 75 patients to see who qualified for surgery. In a country where 50% of the rural population live in extreme poverty, costs of surgery are either out of reach or surgeons are not available. IRT’s surgery clinic is often the only opportunity for Sula’s residents to receive life-changing, necessary ENT surgeries.

Without a medical solution, Diana invented her own ways of coping with the extreme pain. She often wears a scarf on her head wrapped carefully over her ear. She says the fabric limits the sounds vibrations that can enter her ear and somewhat eases the pain. She also avoids sunlight and immersing her ear in water. However, sometimes the pain is so great that nothing will help. She often missed school as a child. This past year she experienced the worst pain yet, sending her to the emergency room when the sound of her own daughter’s voice caused her insurmountable agony.

Diana works seven days a week side-by-side with her mother from their home, selling fruits and vegetables that her stepfather grows on his farm. Diana’s mother knows all too well what her daughter has had to endure with her health problems and has acted as a second mother to Fernanda, raising her when Diana was in too much pain to do so herself.

Dr. Glen Yoshida, IRT’s volunteer otolaryngologist, evaluated Diana at the hospital and cleared her for surgery the following day. She had a perforated eardrum and needed a procedure called a tympanoplasty, a procedure he commonly performs at his practice in North Dakota. Dr. Yoshida says a perforated eardrum results from chronic infection or trauma to the eardrum and is a common condition around the world.

“If the tympanoplasty is not performed the ear is more exposed to things entering it and thus increasing the chances of infection. The perforation in the ear contributes to hearing loss,” said Dr. Yoshida.

The next day, Diana and her family prayed together before she was given anesthesia and wheeled in to the operation room. However, when Dr. Yoshida performed the initial cleaning of her ear, he realized he could not continue the surgery. He discovered a fungal infection of the external and middle ear that needed to be treated before proceeding with the tymplanoplasty. If he proceeded, the fungus would have infected the replacement material used in the eardrum repair and destroyed it. Dr. Yoshida placed medication in her ear and then started her on antibiotics. Treating this infection will ease Diana’s pain, but Dr. Yoshida confirmed the only way to completely rid Diana of her pain is through surgery.

When Diana woke up, she was deeply upset by the news. IRT volunteer nurse, Tracy, reassured Diana that the surgery was not in vain and the doctor was able to uncover an infection the previous doctors had missed. Diana’s mother came into the recovering room to console her daughter, still in tears, that this surgery was a step in the right direction towards her recovery.

The following morning, Diana was able to come to terms with her situation and spent some time writing a note to the IRT volunteer doctors and nurses, thanking them and telling them that she would wait to have her surgery the following year when the team returns. After waiting 18 years for the answer to her health problem, she knew she could wait just one more year. She and her family felt a special bond with the team and trust they will be able to relieve her pain in a year’s time.

Dr. Yoshida said he was so moved by the love and concern Diana’s family had for her and stated how badly the team wanted this surgery for her, also. Although this wasn’t the outcome the team initially hoped for Diana, they are confident she is almost at the end of her journey back to health. 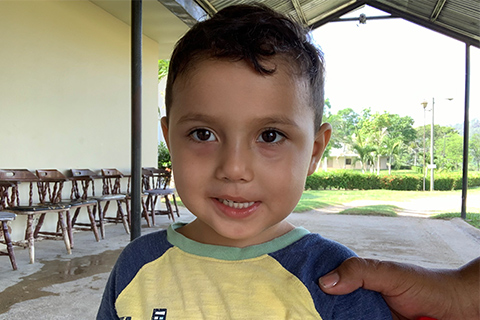 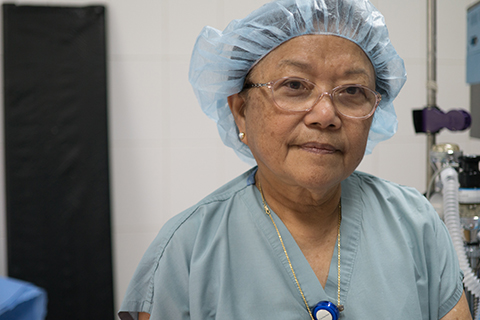 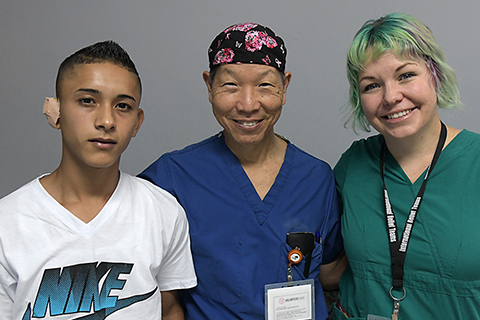 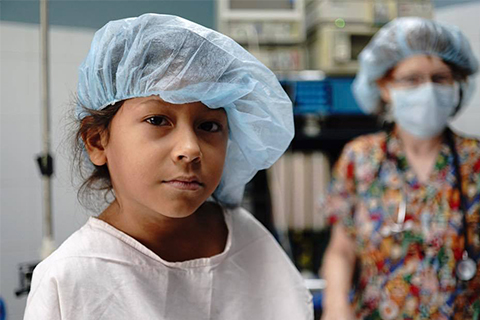 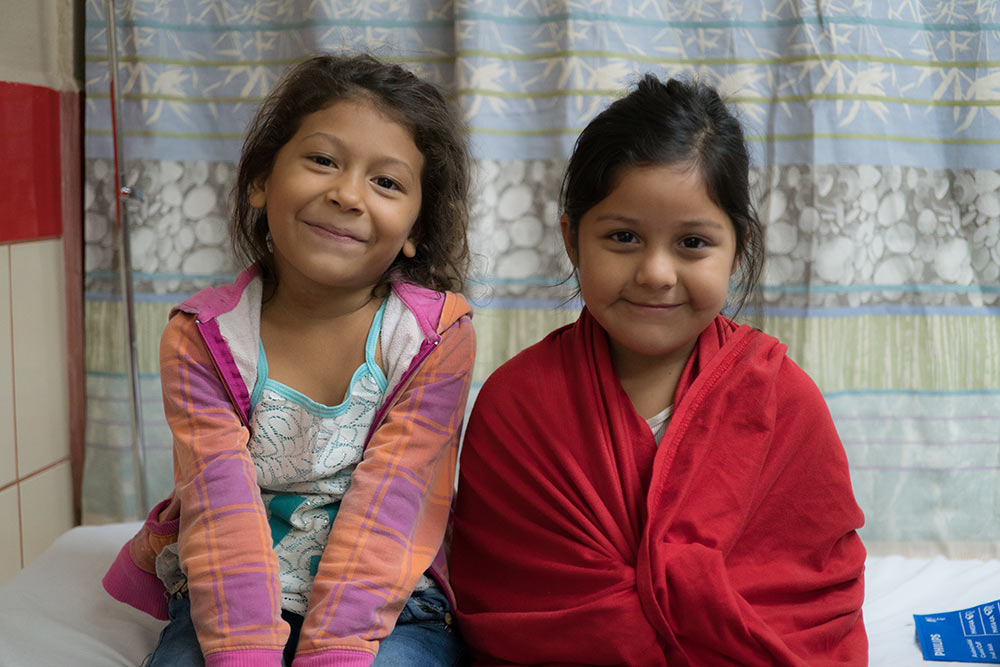 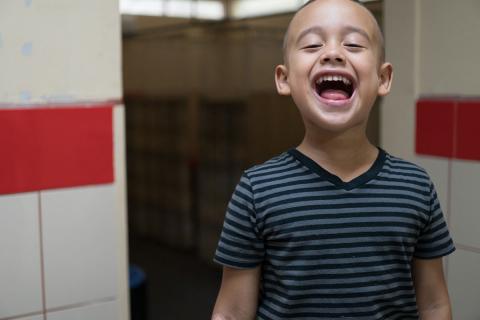 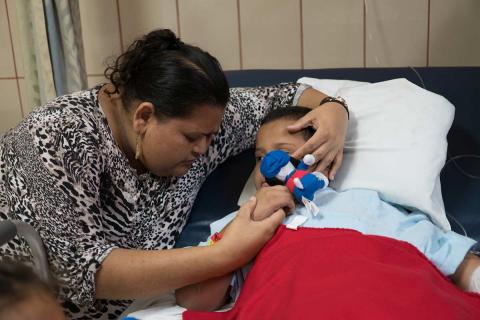 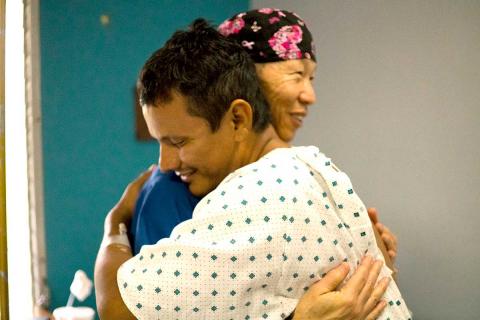 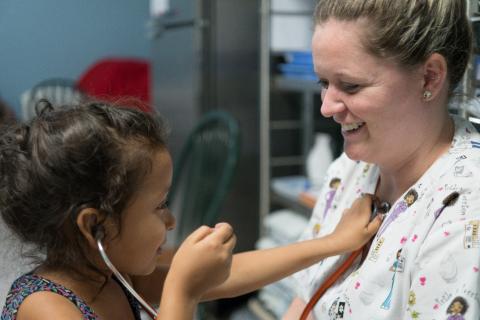